Creative ideas come "out of the wild" growing like yeast. Enjoy a meander around my creative pursuits - art printing with stamps, sketching, photography, baking, gardening...

Before I get to Gloria, I want to thank everyone who mentioned 'good luck' messages about the high winds. Amazingly, we were quite sheltered here although the Manna Gums across the valley were swaying in a very fancy tango. The worst parts of Melbourne to be swept up in stormy gusts were the east and south suburbs. If I was still living in my old place, it would have been more of an adventure I think.

Gloria is my sourdough starter, and about a year ago, after about a week's gestation, she produced her first loaf. Since then, she has been fed and nurtured and has returned full measure of home-baked bread most weeks of the calendar. Here's a little photo essay to celebrate her success...baking with sourdough is something I've never managed to do before.

Gloria is in the red bowl, ready to make the leaven in the little buckets at the bottom right. Notice how bubbly she is! And she smells gorgeous too. Three cups of fruit - dried pears, apricots, peaches, cranberries and crimsons which are like gigantic sultanas, are all soaking in boiling water for an hour or so then drained in a colander. The leaven is made in the small buckets with starter, flour and water adding up to 400g for each loaf. It has to double in size before mixing and what a merry fizzy mixture it is.

Almost my favourite thing is knocking down the dough when it's grown so fat the next morning.  Kneading it is gorgeous because it's soft and very elastic - as it should be. The bread dough on the right has a soft grain mix through it and about 100g wholemeal spelt added to the unbleached strong flour. Oh yum.
﻿ ﻿

Isn't Gloria a star? Some of you may not know that starters are often given a name and provided they are looked after and used, they can last for thirty years. I might be dead by then. Fancy being out-lived by a bowl of yeasty cement. Yes, it is cement and it flings itself around in the most unlikely places. By the way, Gloria's red bowl is a microwave rice cooker which has a valve in the lid. That's ideal because she grows and produces gas which would blow the lid off without the valve. Just imagine an explosion of cement in the fridge.

I hope you've enjoyed this little kitchen story. I regard making bread as part of my creative activity and just love my other workshop, the kitchen.

that was a really lovely post Ros' - very innovative using the microwave rice cooker for Gloria. What is the temp of the 'proving setting' on your oven do you know? Mmmmm I'm sure those fruity loaves are JUST THE BEST.

Well all I can say is WOW! Love the story of how Gloria came to be and your great photos. My Dad was the bread maker in our house although I don't remember him making a Gloria lookalike. He did make beer though and it all exploded one night - my Brother and I thought it great fun and we got grounded for a whole week for laughing........lovely memory, thanks for reminding me of it. I wish I could just taste one slice..... Crafty hugs, Anne x

I had one of these years ago and am getting a new oven soon.. hmmm might have to start one.. Looks so yummy. Sandy :)

MMMmmmmm...smell that...;D
I'm so jealous Ros because I tried to make a 'Gloria' earlier in the year and failed miserably.
I didn't name the gooey mess so maybe that's where I went wrong!
You are obviously the expert and now I'm going to have to go and cut the crust off the fresh deli loaf I bought this morning.
I just wish I could have said its my own!
Have a wonderful weekend whatever you have planned xoxo
p.s. still blowing a 'hoolie' here!

I'm very impressed Ros :) That bread looks so delicious! The smell of baking bread is one of my favorites. Mmmm...

Well then, Gloria and Dixie Bolitho are both doing soooo well! Congratulations for winning your blog candy and I look forward to making you something special. I'll email you later,
lots of love Jo x

Hi Ros.
Gloria is indeed glorious...the bread looks SOOOoooo delicious. The weather is mad for everyone, you are right. There are folks so much more in trouble than we here in the UK. It is all very worrying and there may not be much we can do now to reverse the trend. Certainly burning poor quality cool is very bad and puts huge quantities of CO2 into the atmosphere.
I hope I am gone before the changes become unbearable.
Have fun eating those fabulous loaves.
xx

Art is Time Without Clocks 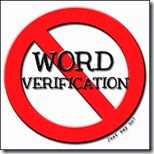 Please cancel WV to make it easier for your visitors.

RosC
Melbourne, Victoria, Australia
I was born with an instinct for texture, colour and how things work. My Dad taught me to use a box camera from the age of seven and my Mother, a water colour artist, shaped my understanding of design and composition. I live five minutes walk from the sea in a mud brick house and enjoy a garden full of flowers and vegetables. Gardening, creating, singing, swimming and bike-riding between times, leaves me just a little time for work.

COPYRIGHT: I am delighted to share my projects for your personal enjoyment and inspiration AND they are my property. Please respect that all text and photographs (apart from those credited) on this blog belong to me all rights reserved. Kindly do not copy or CASE for submission to contests, magazines, or any other publications or websites. This applies to all my photographs.

The inner side of every cloud
Is bright and shining.
I therefore turn my clouds about
And always wear them inside out
To show the lining.

What's On Your Workdesk? Wednesday 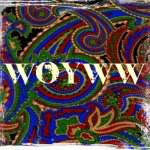 with the indefatigable Tim Holtz!